Burna Boy’s criminal past revealed:Barred from the UK for 15 years? 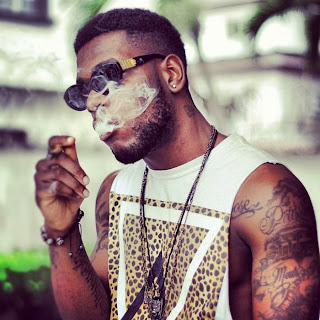 This is a report by The NET claiming Burna Boy has a criminal past, a period of his life he would rather not make public knowledge.

We are told on good authority that while in the UK back in 2010, Burna Boy was arrested by London Police for allegedly being part of a gang and stabbing someone to death. He was tried as a minor and sent to jail.
After 11 months, he was released and given two months parole plus community service on the grounds of being of ‘good behaviour’. But Burna is said to have disobeyed authorities and travelled back to Nigeria where he signed a record deal with Aristokrat.
He later travelled back to the UK but was arrested at the airport and deported to Nigeria. He is currently barred from the UK for the next 15 years.

Meet Rapper Wale and his Family in Nigeria (PHOTOS)

Meet Rapper Wale and his Family in Nigeria (PHOTOS)

Your Brand Is Bigger Than Kiddwaya, Stop Allowing Him Use You For Clout – Lady Tells Erica