President Trump has renewed his feud with the mayor of London on Sunday, portraying him as being soft on terrorism, just a day after seven people were killed and dozens more wounded in the latest attack in the British capital. Mr. Trump attacked the Mayor of London, Mayor Sadiq Khan after Mr. Khan told Londoners not “to be alarmed” by seeing more police officers on the streets.
The Mayor sated: 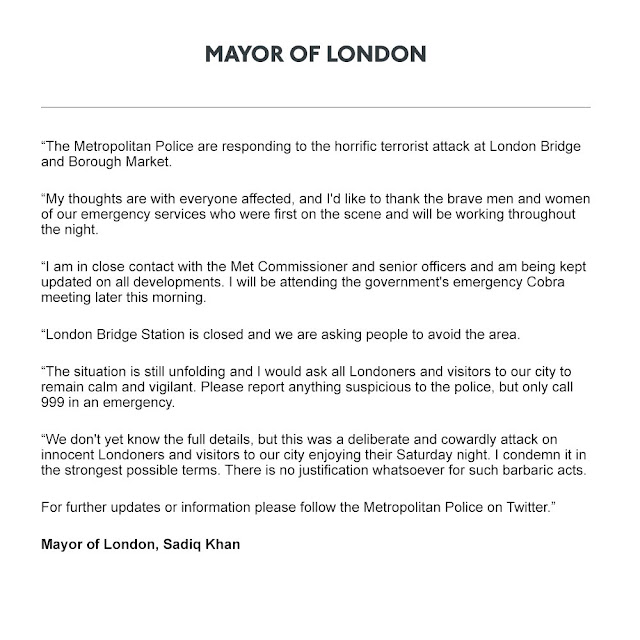 However, US President Donald Trump misunderstood what Mr. Khan had meant, thinking he meant that Londoners shouldn’t be alarmed by terrorism. Trump tweeted:

“At least 7 dead and 48 wounded in terror attack and Mayor of London says there is ‘no reason to be alarmed!’. 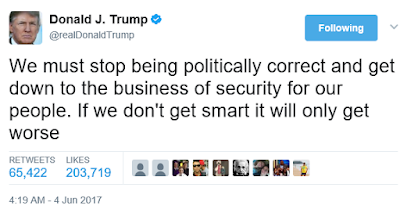 In a statement released online, a spokesman for the mayor said: “He has more important things to do than respond to Donald Trump’s ill-informed tweet that deliberately takes out of context his remarks urging Londoners not to be alarmed when they saw more police — including armed officers — on the streets”.
US Embassy in London stood with the Mayor tweeting: 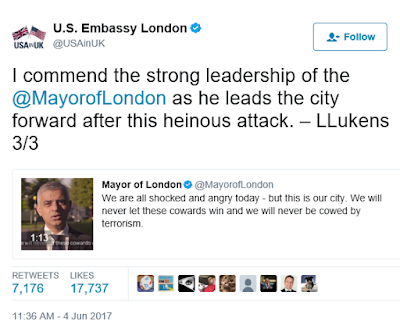 During an interview on the BBC, the mayor said he was “appalled and furious that these cowardly terrorists would target” innocent civilians and vowed that “we will never let them win, nor will we allow them to cower our city.”
He went on to say that residents should not worry as they encounter more police officers patrolling the streets.

“Londoners will see an increased police presence today and over the course of the next few days,” Mr. Khan said. “No reason to be alarmed. One of the things, the police, all of us need to do, is make sure we’re as safe as we possibly can be. I’m reassured that we are one of the safest global cities in the world, if not the safest global city in the world, but we always evolve and review ways to make sure that we remain as safe as we possibly can.”

Cristiano Ronaldo bites back at his critics after Champions League heroics