Boko Haram bomber cries over his failure to die in a suicide mission, i have missed heaven, he says 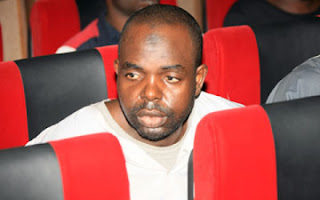 A prosecution witness on Tuesday told an Abuja Federal High Court that a suspected Boko Haram member, Mustapha Umar, wept bitterly over his failure to die in a suicide mission.

Umar is standing trial for allegedly bombing a plaza housing the offices of some newspapers in Kaduna in April 2012.
The witness, a police detective, said he interrogated Umar after he was arrested in Kaduna and brought to Abuja.
The accused, the detective said, was unhappy because not dying with victims of the attack had denied him the opportunity to make heaven.

The witness was masked, and his name not disclosed, in line with a court order protecting witnesses that testify in terrorism-related trials.
Testifying while being led in evidence by prosecution counsel, Mr. Simon Labaran, the witness narrated how Umar was handed over to him at the Force Criminal Investigation Department, Area 10, Garki, Abuja, after his arrest in Kaduna on April 26, 2012.
He said, “I was serving in Force CID Area 10, Abuja, as a detective in charge of investigation of terrorism cases.
“On April 26, 2012, the accused person was brought from Kaduna and handed over to me for discreet investigation.

“The accused person was involved in the bombing of ThisDay office (in Kaduna).
“He was always crying because the operation he went for failed, he said that he would have been happier if he had died in the operation with people (victims) so that he would be in heaven.”
The witness informed the court that the suspect made five statements while he was interrogated.
He further told the court that Umar was not tortured before he confessed, adding that he was given medical treatment.