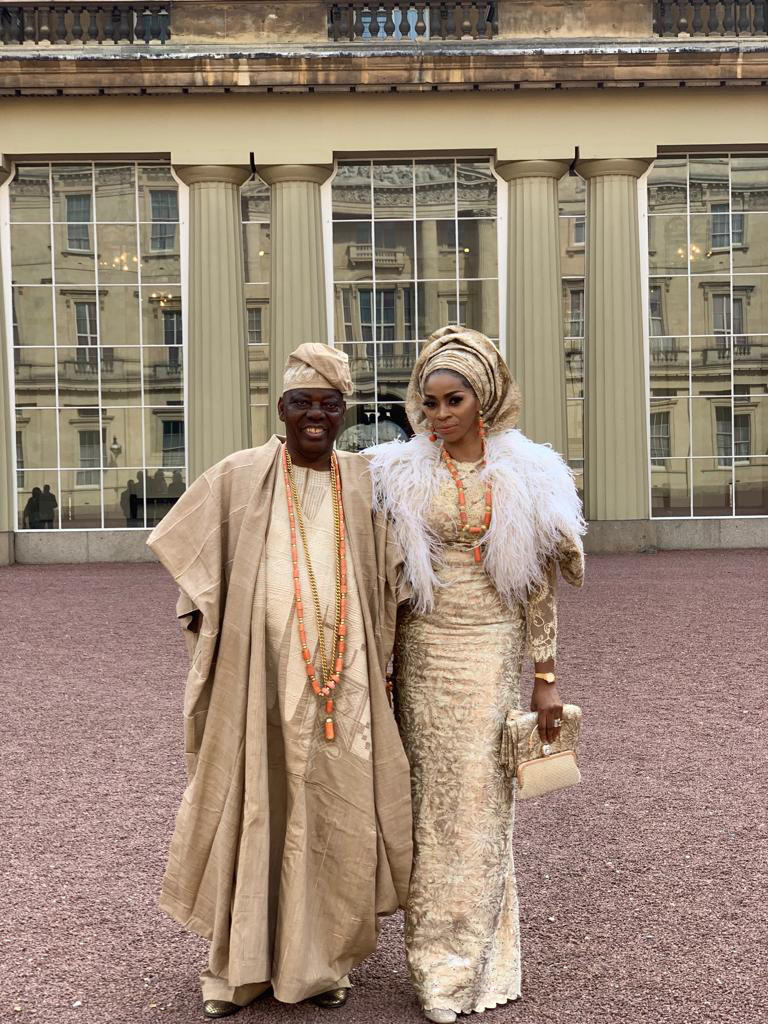 He had all reasons to be among those who will qualify to be the Queen’s guests, and it was officious for him and his wife at the palacious Buckingham Palace in London, Billionaire industrialist and foremost businessman of Eleganza Industries fame, Chief Rasak Akanni Okoya, and his beautiful wife, Chief Dr. Mrs Shade Okoya recently joined the world notable celebrities to dine with Queen of Elizabeth II of England at her Palace.

Aare Akanni Okoya was like in another honeymoon for her beau and the power couple that has grown to become one of Nigeria’s favorite celebrity couples, as they recently celebrated their two decades of blissful marital union. The duo attended the Queen’s Garden Party, held on the evening of Wednesday, May 15, 2019, at the Buckingham, the London residence and administrative headquarters of the monarch of the United Kingdom, located in the City of Westminster.

The Okoya’s are now the toast of the moment, given their rare privilege of being hosted by the revered Queen of England. The two-decade love story of top Lagos socialite, the sophisticated 42 year-old Sade and 79 year-old billionaire businessman, Rasaq Akanni Okoya has continued to wax strong. The wife, who is the Managing Director of the Eleganza Industrial City and youngest wife of Aare Akanni Okoya and says beyond work, she relaxes in the company of her husband and children. 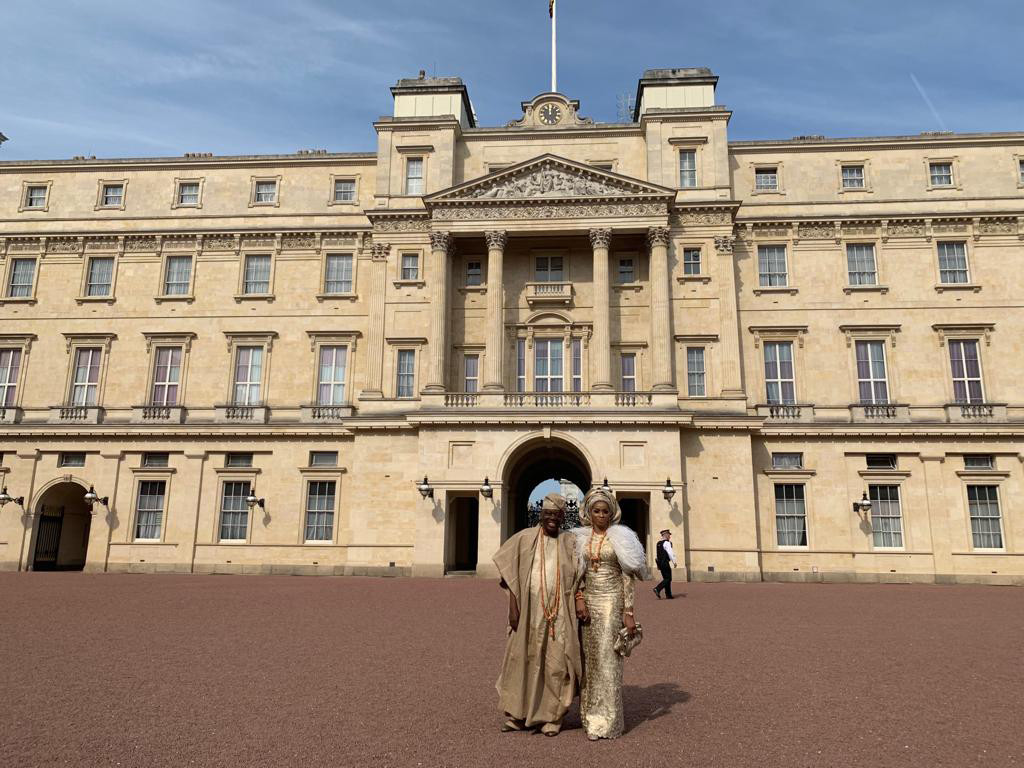 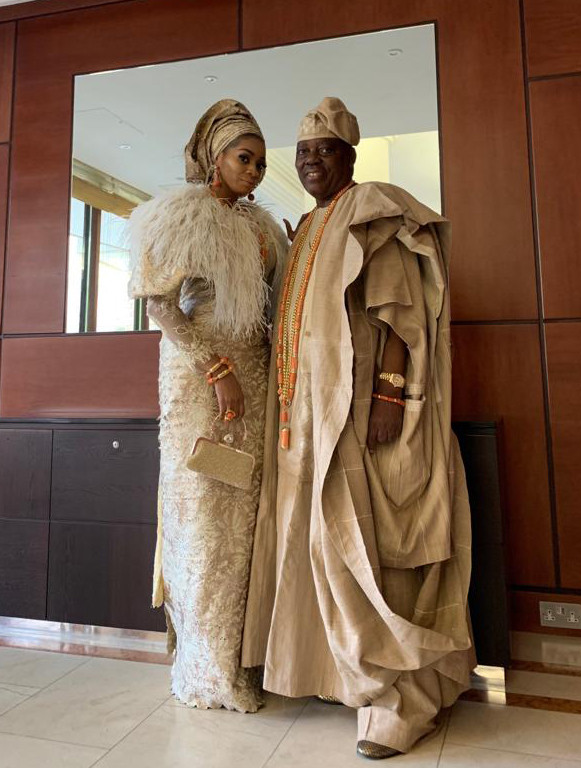 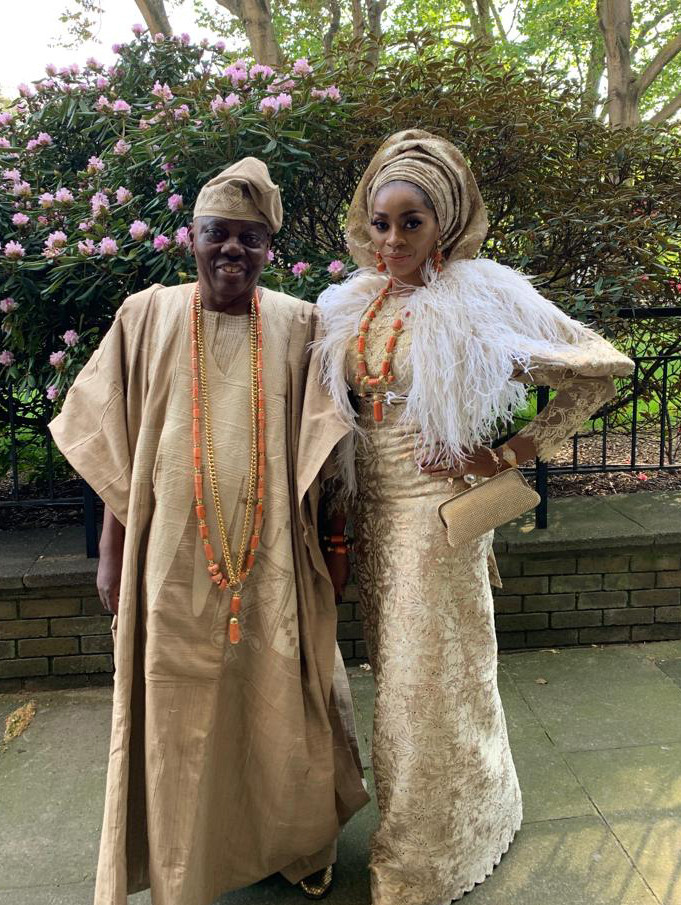 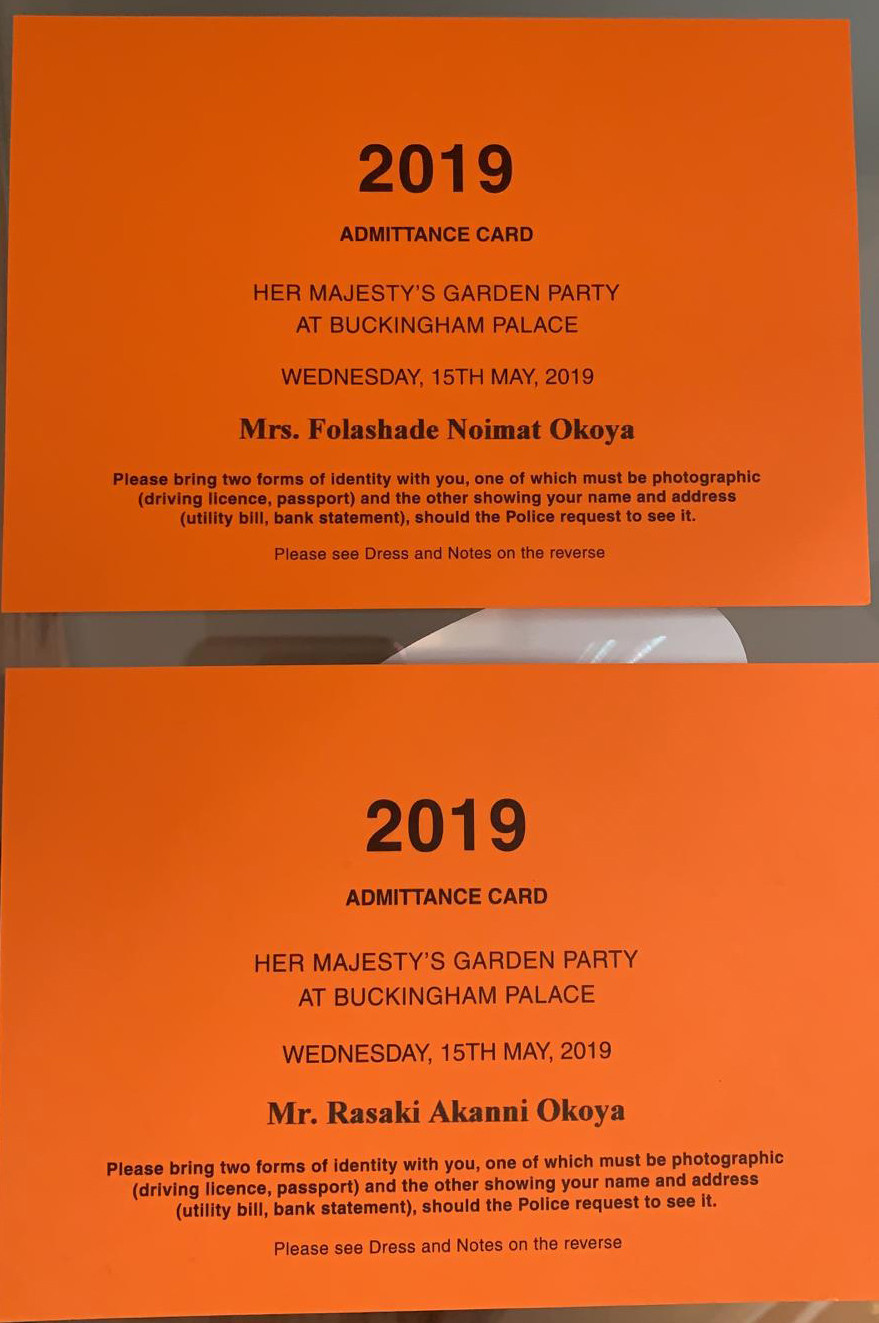