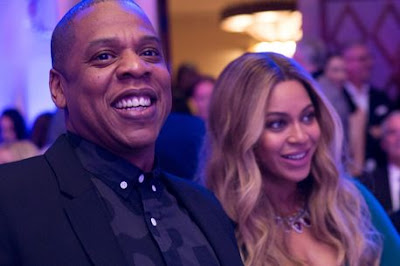 She was recently forced to cancel her eagerly-anticipated performance at Coachella music festival, but that hasn’t stopped pregnant Beyonce Knowles from enjoying a glamorous date night with her equally-famous husband, Jay Z .

The pair were spotted indulging in a romantic evening out on Saturday, where they both appeared to be seriously loved-up.

Dressed to impress for each others’ company, the pair were seen out-and-about in downtown Los Angeles where they attended the Weinstein Company Pre-Oscars dinner.

Clearly glowing as she enjoys her pregnancy, the Lemonade singer – who’s expecting twins – was all smiles as she soaked up the festivities ahead of the Academy Awards.

Wearing a figure-hugging turquoise dress which showed off her bootylicious figure, the Destiny’s Child performer parted her peroxide blonde hair in the middle for a classy aesthetic.

She also couldn’t help but show off her increasingly-maternal figure, which is the source of much excitement for fans.

Meanwhile, Jay Z was just as dapper in his choice of attire – a jet-black suit with a camouflage-print dress shirt.

Together, the pair were the picture of happiness as they joined some of Hollywood’s biggest stars for the annual celebrations. 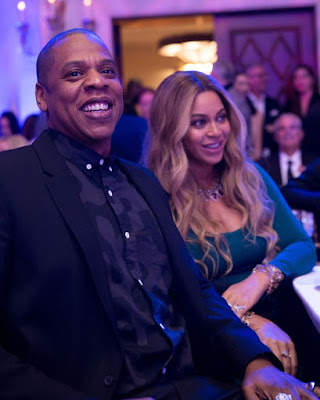 VIDEO: Mainstream – You Are (The I Am That I Am)