Be At Alert, 30 States Might Experience Heavy Flooding” – Federal Govt

The Minister of Water Resources, Suleiman Adamu, delivered the government’s sympathy at a news conference on Wednesday in Abuja.

While revealing the cause of the heavy downpour, the minister also told journalists that about 30 states and over 100 local government areas, which had been categorized as high flood risk areas, could expect heavy flooding this year.

He said: “Summary of the alert is that approximately thirty (30) states and over one hundred (100) LGAs are categorised as high flood risk areas and therefore could expect flooding.

“The rains did not start early this year, thereby possibly causing long duration torrential downpour and causing unexpected urban/flash floods in areas with the non-existing or inadequate drainage system in the country.

“The flow of surface water is being monitored by NIHSA while alerts will continue to be issued. Also, sensitisation of the entire nation by visiting the grassroots will soon be embarked upon.

“Urban/flash floods (i.e overflow due to sustained rainfall) in the urban cities or semi-urban areas can be reduced with effective and adequate drainage systems. People must not use this facility as refuse bins which will block and render the facility useless with the probability of flooding heightened when it rains.

“People in the riverine areas must not erect residential structures on the flood plains as these areas are an extension of the river space. Unfortunately, people have refused to yield to advice.”

“It is therefore suggested that state and local governments should do more to enforce environmental laws/town planning guidelines, so as to check such uncontrolled physical development activities,” he added

The minister’s statement comes on the day Acting President Yemi Osinbajo approved the immediate release of N1.6 billion to 16 states already affected by the flood. 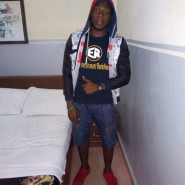 BREAKING NEWS!! BILLIONAIRE KIDNAPPER EVANS Is No Where To Be Found

How some ritual killers, dressed as lunatics, were caught in Delta State (photos)

Robbers Write Igando Residents, Get Our End Of The Year Gifts Ready