#BBNaija: Hilarious reactions as Twitter users react to Lucy and Nengi’s fight after the eviction show

Nigerians have taken to Twitter to react after Big Brother Naija 2020 housemates, Lucy and Nengi were enmeshed in a shouting match shortly after the eviction show, today August 9.

According to Lucy, Nengi approached her in the toilet to confront her about her silent murmurs which she claims wasn’t about her, while Nengi accused Lucy of saying she leads men on in the house.

The argument between the two female housemates almost turned into a fight as other housemates had to hold them back. During the argument both ladies body shamed each other with Nengi calling Lucy an ‘amoeba’ even though there are reports she underwent butt surgery.

Lucy also blasted Nengi’s IQ level saying even in school she focused on men and not her education. If you missed the video, watch it here.

Nigerians as you would expect, have reacted to the drama.

See some tweets below.

Biggest insult tonight in the house from Lucy😂 pic.twitter.com/ZlsVoNxFtI

Lucy: I looks 30 but everything in my body is natural, you are just 22 and everything about you is fake

You're very lucky If you have Lucy as an Aunt… You will win so many fights both spiritually and physically. #bbnaija2020 pic.twitter.com/JyL6LWjTtJ

Lucy! Lucy!! Lucy!! Na you be part of the reason why this show no go quick tire us, YOU WILL LIVE FOR 600 YEARS!!!!#bbnaija2020 / Dora / Kiddwaya /Lilo /Ebuka /Kaisha /Brighto /shalaye FC /Kayode /Amoeba / Nengi pic.twitter.com/m6SgvusW2r 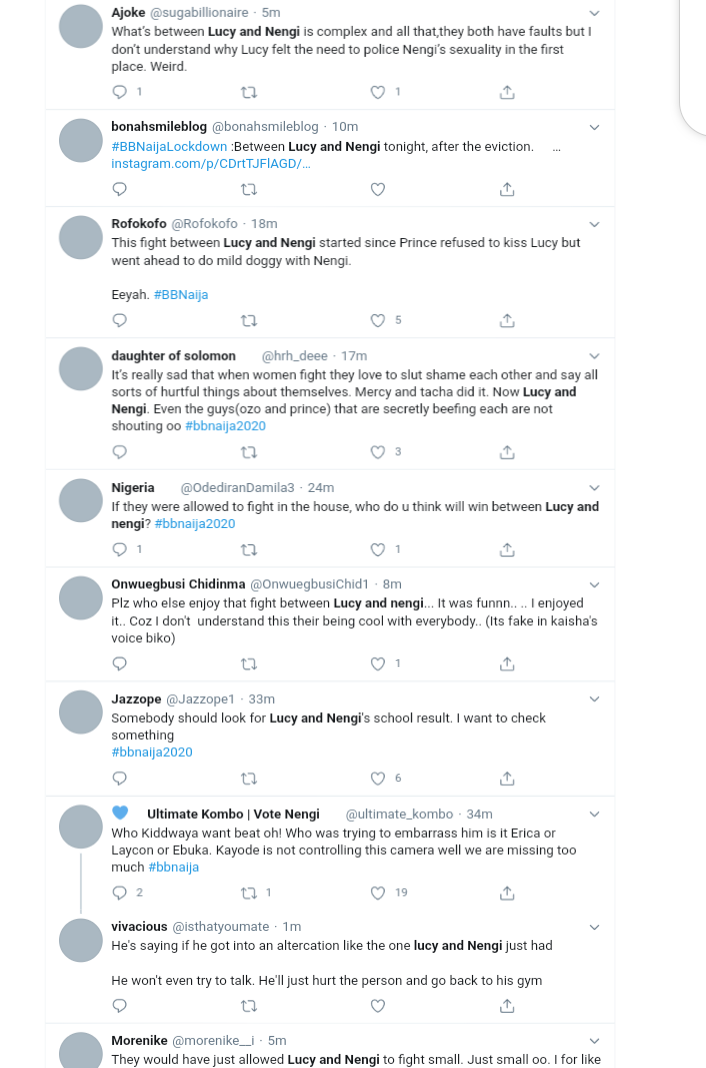 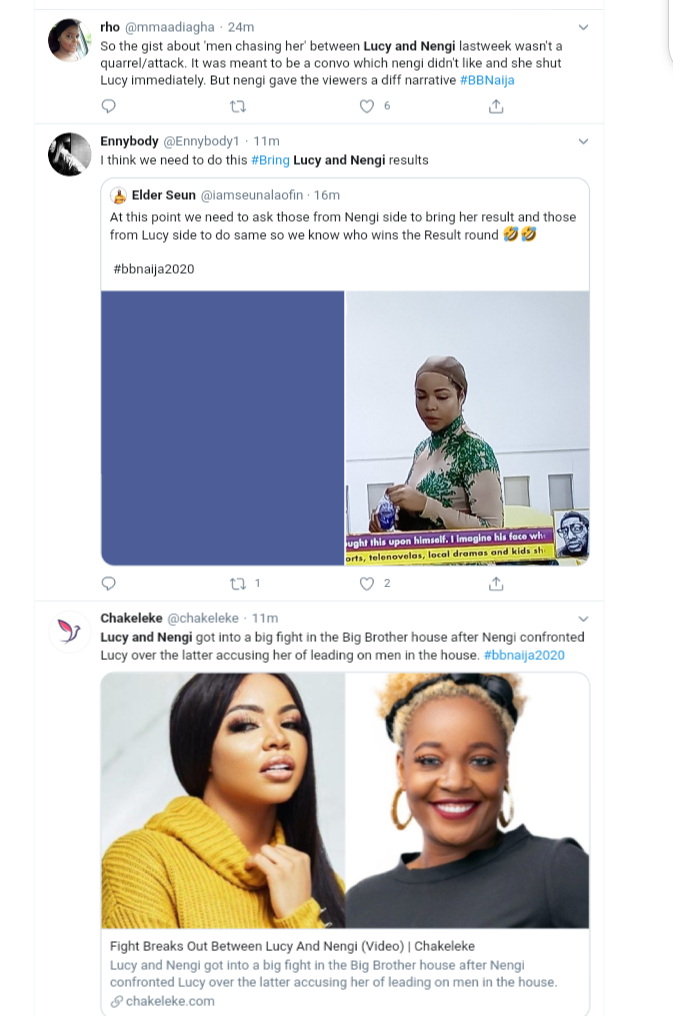 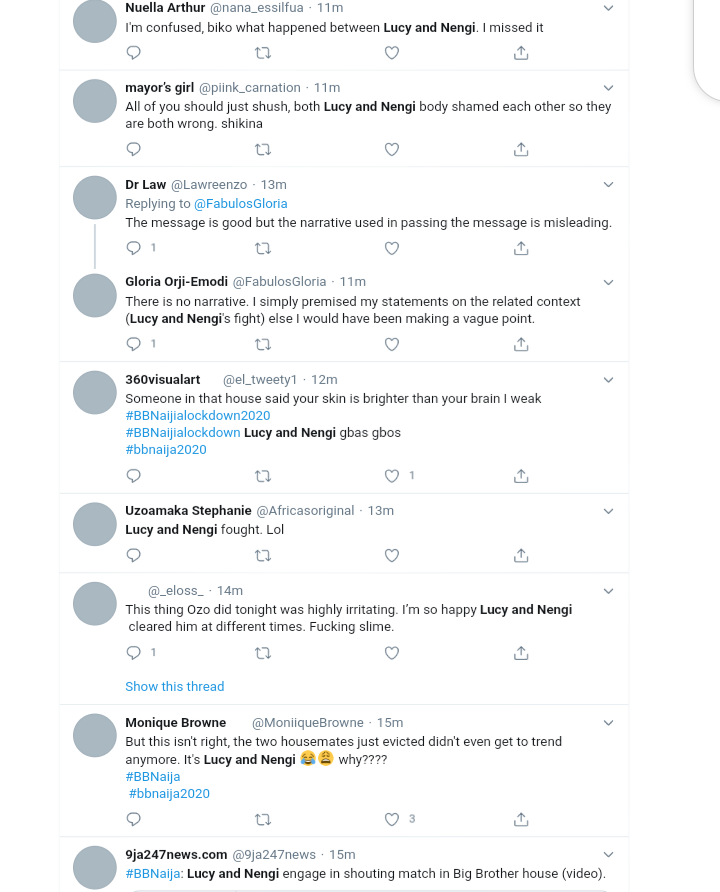 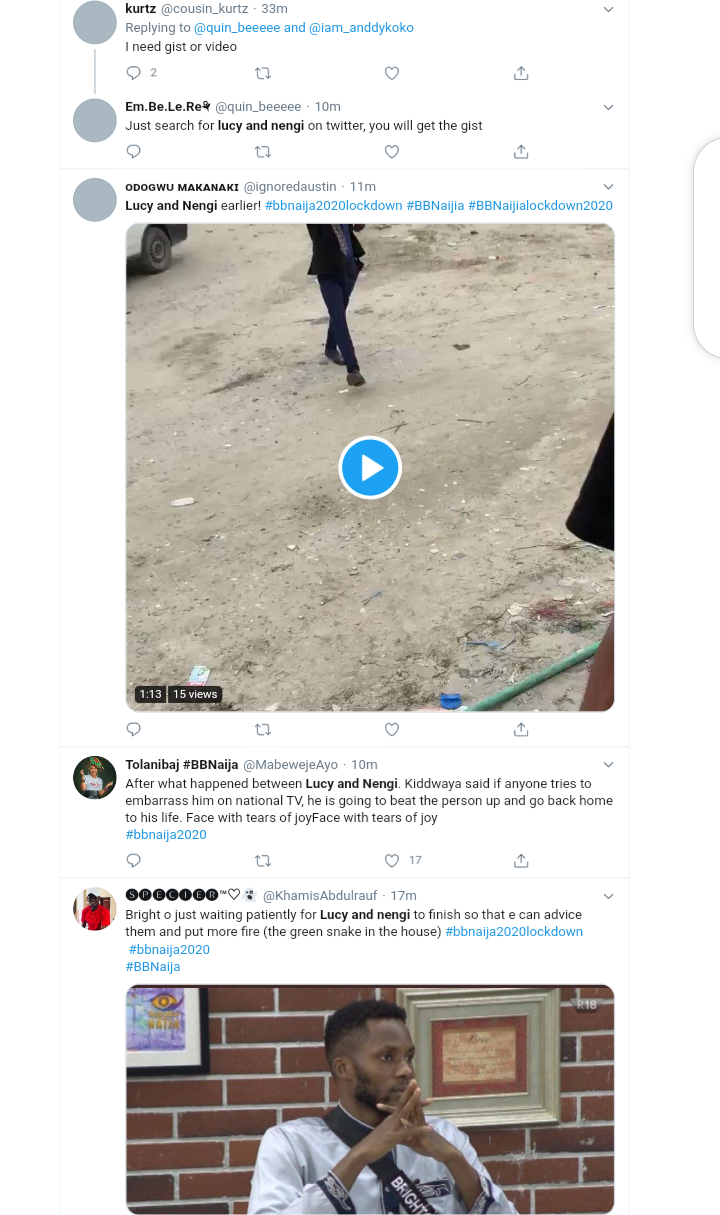 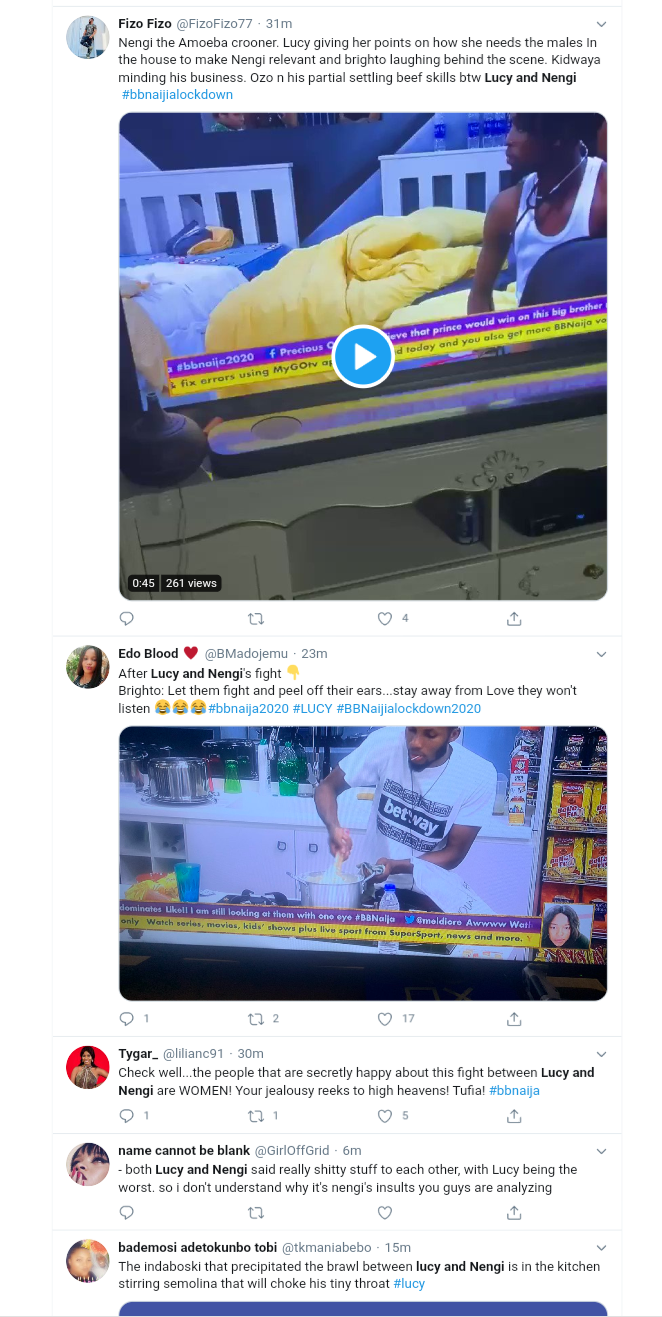