The live nomination show just ended, and Efe, Tboss, Thin Tall Tony and Debbie Rise have been put up for possible eviction. 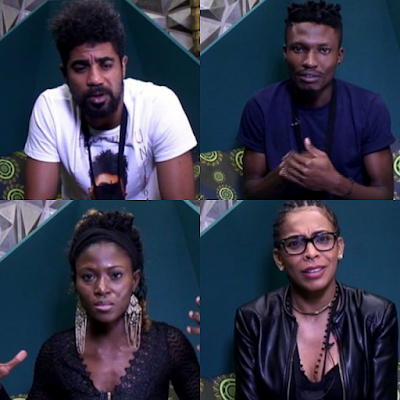 The housemates with the highest nominations were Bally, Tboss and TTT, but Bassey being the Head of House saved Bally and replaced him with Efe.

Marvis then used her power card which gave her power to add another housemate to the list to nominate Debbie Rise, making them four housemates up for eviction.

See how the Housemates nominated below….

Don’t be a woman that needs a man, be the woman a man needs – Tonto Dikeh’s rival, Roseline Meurer writes

Don't be a woman that needs a man, be the woman a man needs - Tonto Dikeh's rival, Roseline Meurer writes