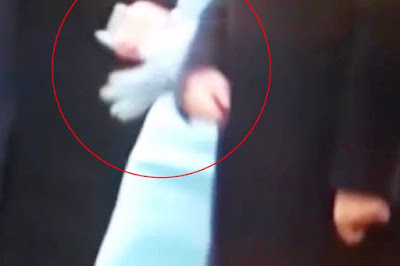 His dad may be the new President of the United States, but that doesn’t mean Barron Trump has to do as he’s told! While the rest of the Trump family grinned during yesterday’s inauguration , the youngest of Donald’s children behaved like any other 10-year-old.

As the new First Family walked along Pennsylvania Avenue, Trump’s wife Melania reached to hold her son’s hand. But the preteen was having none of it and slipped his arm away like a pro.

The youngest Trump was also spotted yawnig away as his father addressed the nation for the first time after being sworn in as 45th President of the United States.

Barron watched the inauguration ceremony alongside mum and new First Lady, Melania, and his older siblings but it was kind of too boring for him. 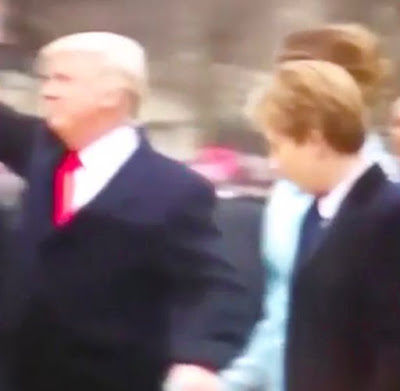 Watch the moment thugs removed former Governor, Ayodele Fayose’s cap and threatened to deal with him at PDP rally (video)

It’s the handwork of Obaseki and PDP, I never asked him to return to APC, Ize-Iyamu fumes

#EndSars: I was paid N500 to bring a knife to the protest ground – Man confesses (Video)

Kiddwaya tells Erica, “No man can handle you the way I do”

You have made your point, allow government to implement your demands – Tinubu tells #EndSARS protesters

#EndSars: Leave the road and let’s dialogue, Sanwo-Olu appeals to protesters as he commence implementation of #5for5