Alleged serial rapist, Asiwaju, has been arrested before for blackmail and rape and his mother has allegedly been dead a long time ago | DETAILS

The plot surrounding an alleged serial rapist ousted by Twitter users thicken as Twitter users dig up old news article where he was arrested for blackmail and rape. It has also been alleged that his mother has been dead for a long time and not hours ago as he claims.

Michael Asiwaju, popularly known as Mike Cash, is alleged to have raped numerous women, some in his car, some in hotel rooms.

Replying to the allegations, Mike said he spent half a Million Naira on drinks for the women then had sex with them when he was high. He, however, didn’t state if they consented to the sex.

He also released nude photos which he claimed women sent to him via his DM.

But Twitter users pointed out that the women who sent him nudes aren’t the same ones accusing him of rape therefore his explanation doesn’t hold water. 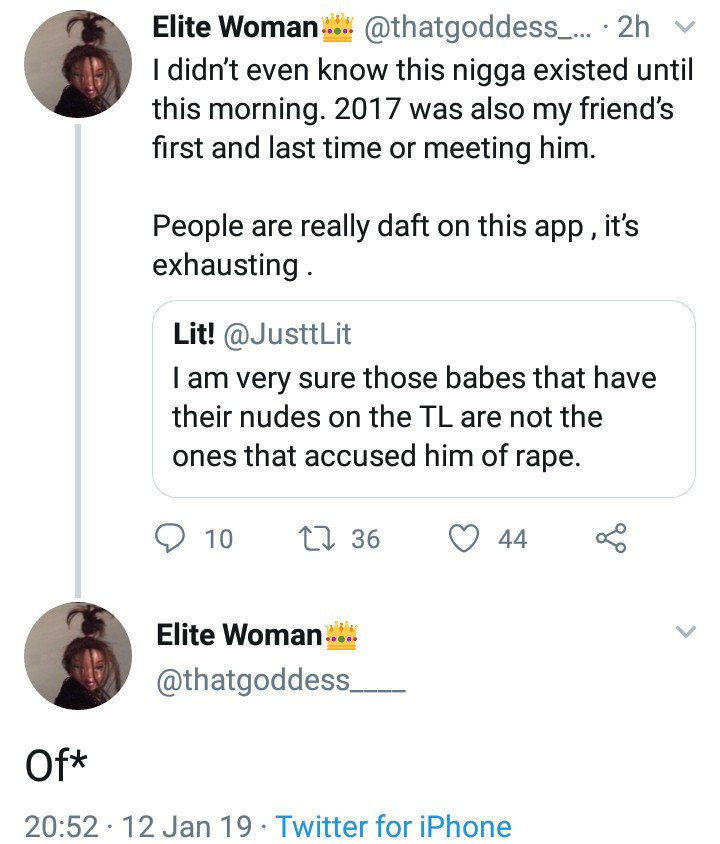 Mike Cash later claimed his mother died on Saturday, Jan 12,  after reading the rape accusations against him. He also threatened to commit suicide.

But someone who claims to know Mike Cash and his family has said that his mother and father have been long dead. 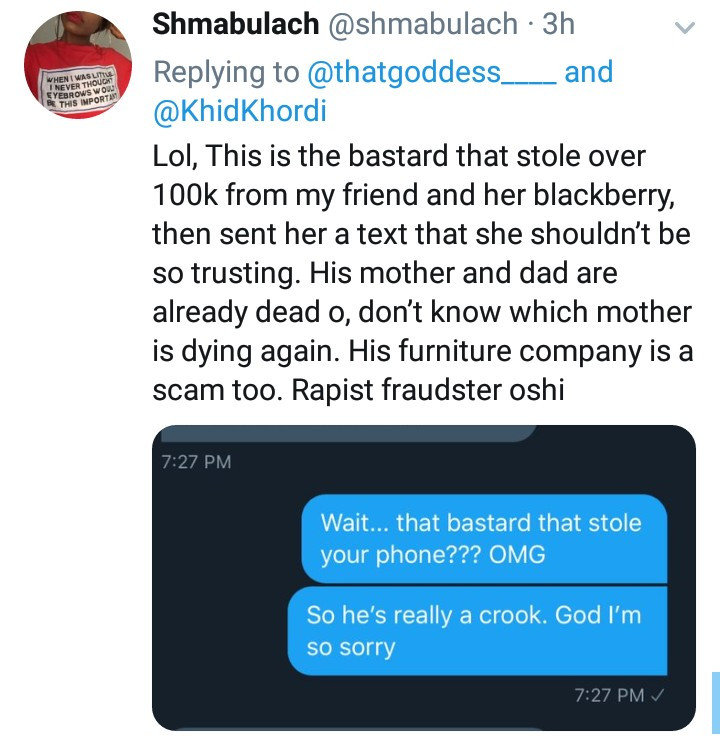 Also, a male Twitter user claimed that Mike tried to take advantage of him and once slid into his DM when he thought he was a woman because of the photo of a woman he used as his Twitter avatar. 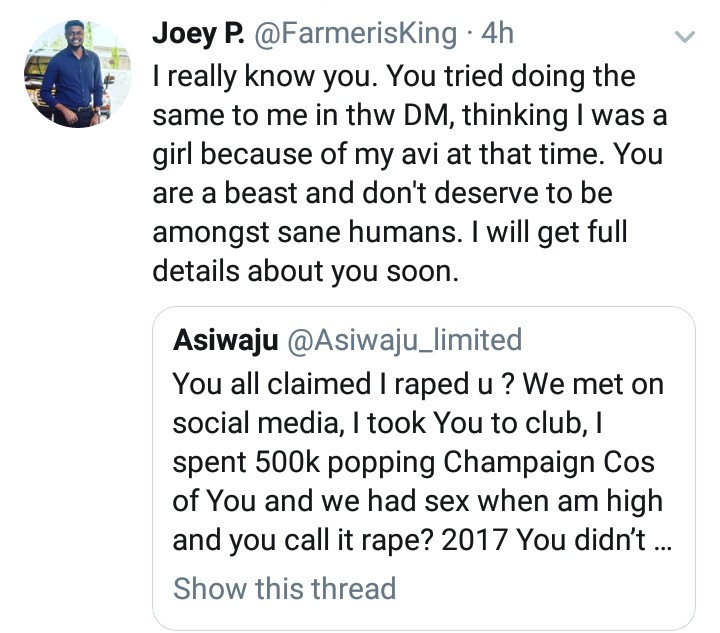 As the plot thickened on Twitter with more and more people accusing Mike and poking holes in his replies, Twitter users dug out an old news report where it was reported that Mike was arrested for blackmail and rape.

The 2017 report by Premium Times said Mike accused police of extorting him but it was later revealed that Mike was actually arrested by the police after he was accused of blackmail and rape by a female student of University of Ilorin. Mike was also accused of trying to bribe his way out of the rape case. 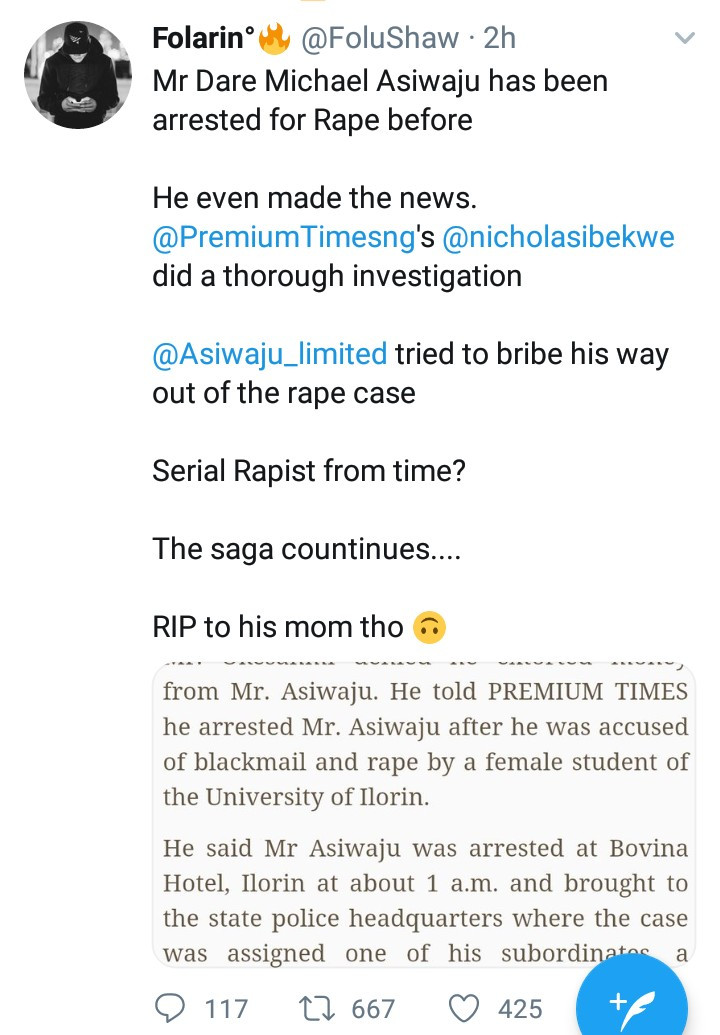 Dare Michael Asiwaju is yet to reply to these latest accusations. 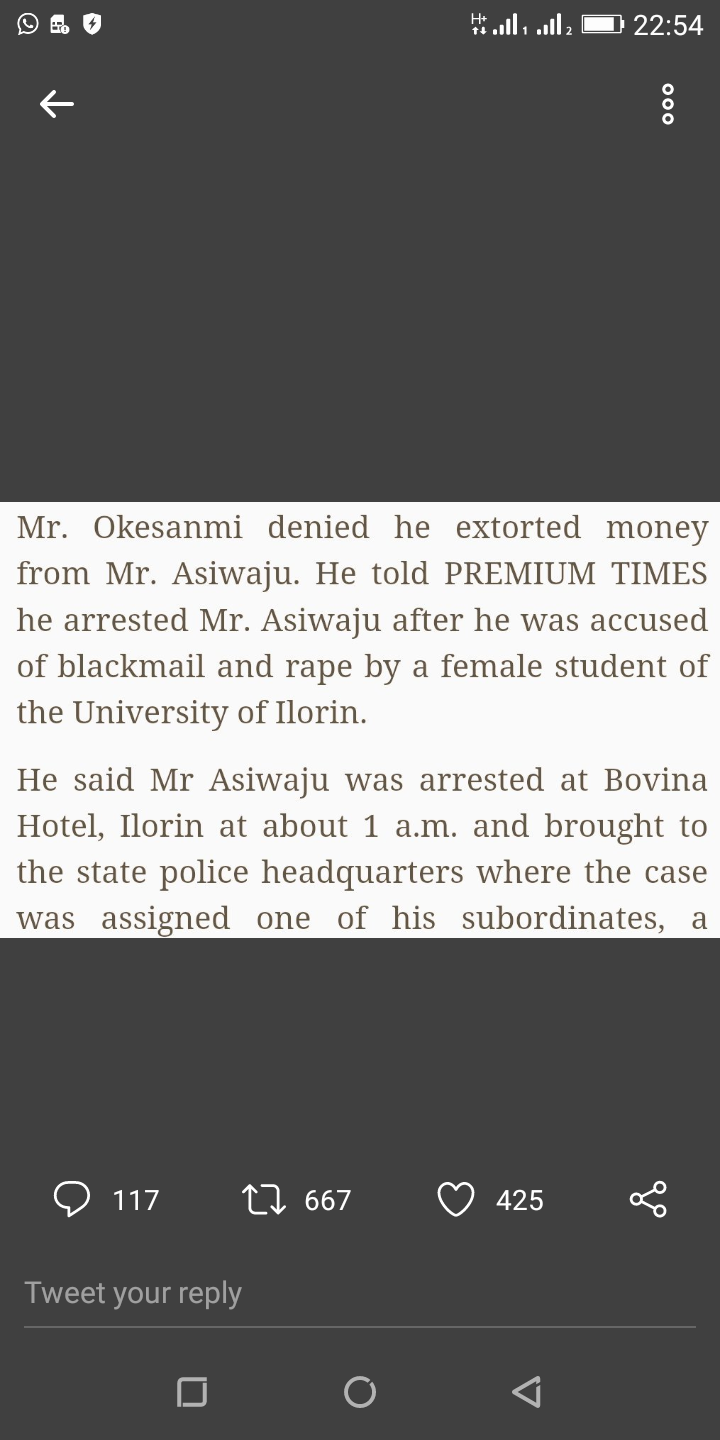 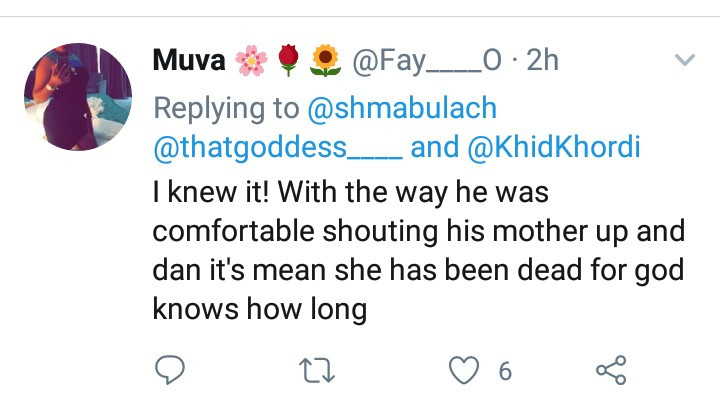 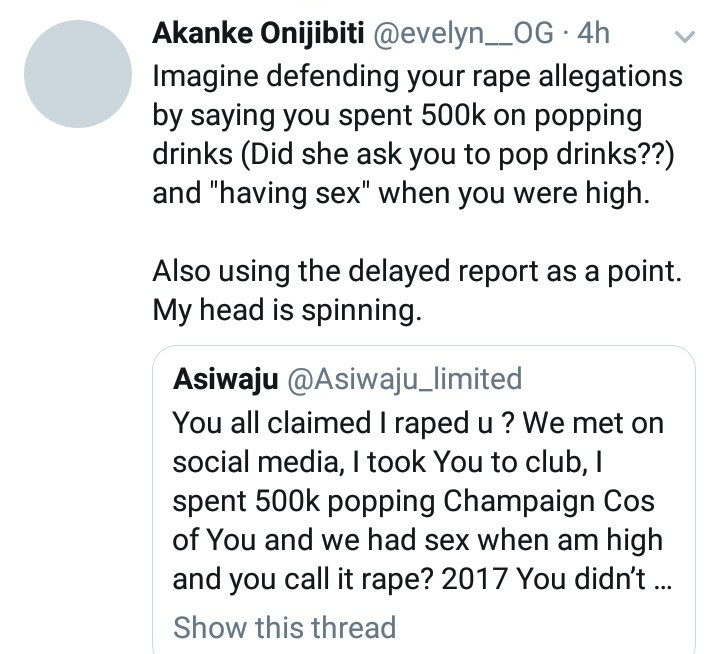 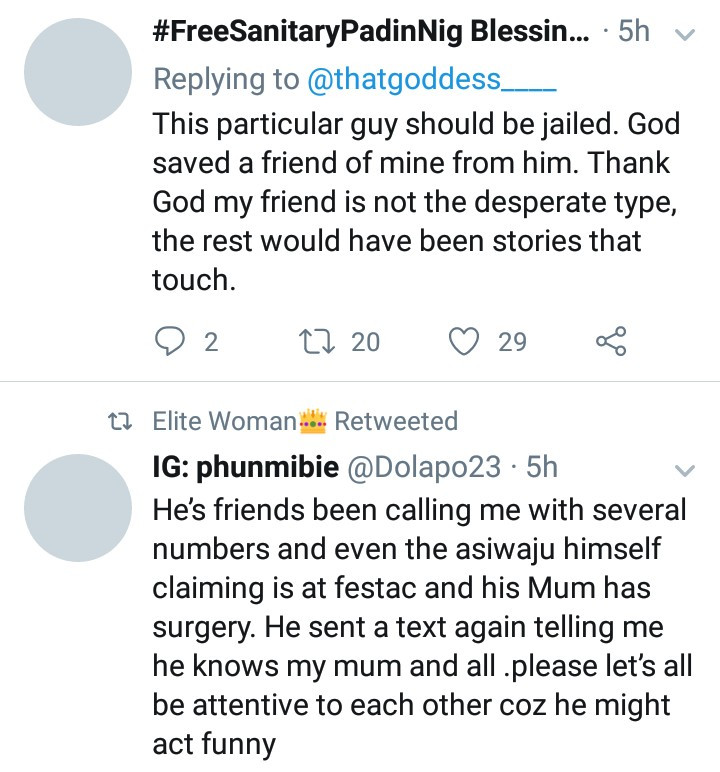 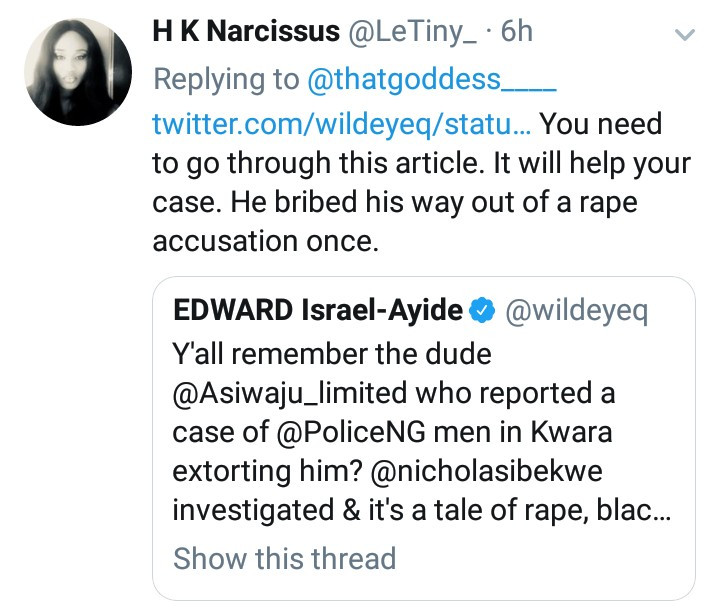 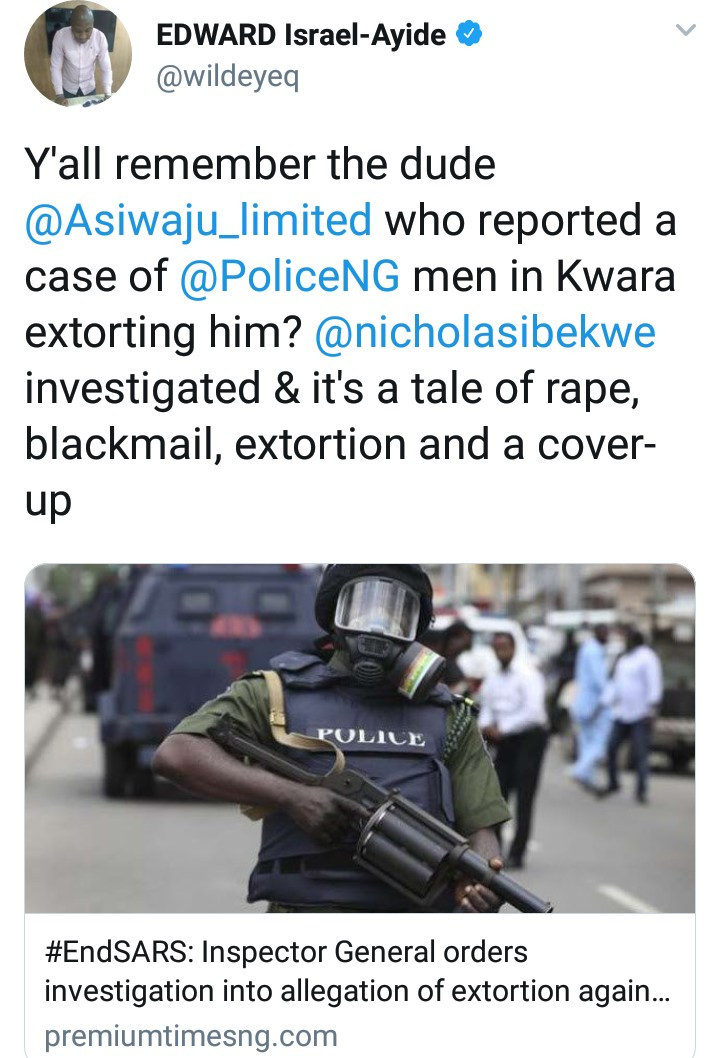 Twitter Gist! Man accused of being a serial rapist responds, releases nude photos women sent to him via DM and says his mum died this afternoon after reading about the rape accusations | SEE

« 18-year-old student commits suicide after being allegedly bullied by teacher | Suicide Note
Journalist charged to court for cultism, not for wearing dreadlocks – Police »